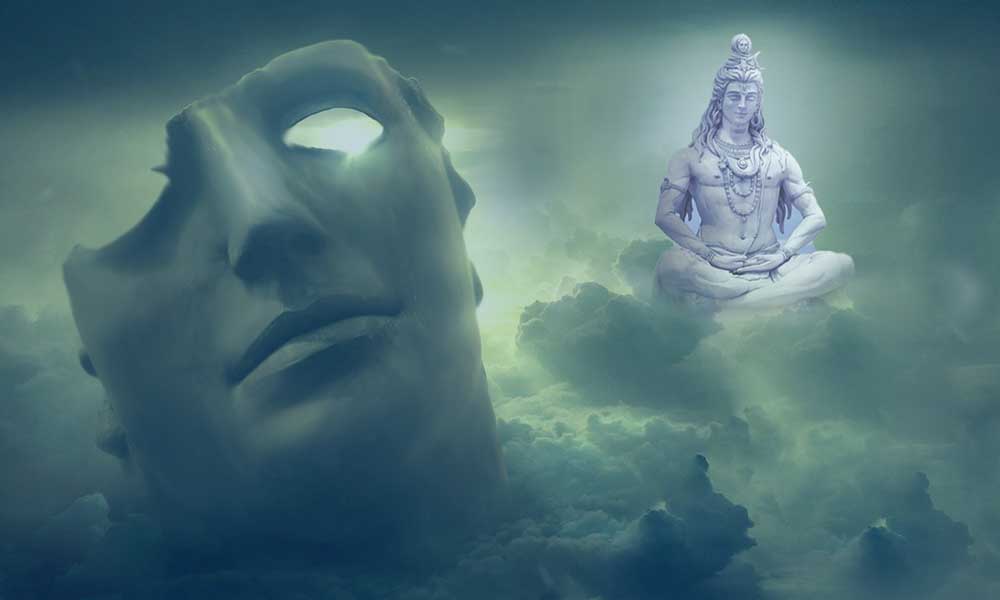 In Saivism all living beings who are bound to the cycle of births and deaths due to impurities and the play of Maya Shaktis are known as pasus, meaning animals. It denotes the state of ignorance and bondage. A jiva is but Shiva who is bound to animal nature. When one becomes free from it one attains pure consciousness and merges into Shiva. This essay is about the state of pasu, the animal being.

In Saivism the word "pasu", which literally means animal, is used to denote all beings, which includes all the animals, plants, humans and beings of other worlds. A pasu is a deluded jiva or individual soul, clouded by ignorance and bound to the mortal worlds through the three bonds (pasas) or impurities (malas), namely karma, maya and anava.

Karma binds them to their actions and helps them, through trial and error, to discriminate between the right and wrong actions and leads them, in a limited way, on the path of liberation. Although in reality the jivas are infinite beings, not different from Siva, the impurity of anava makes them act and behave like atomic beings, limited in capacity and consciousness. Maya clouds their consciousness and binds them to the sense objects and the illusion of time. The Jivas live in an objective world, experiencing duality and interacting with the objective phenomenon of their sensory world, in contrast to the consciousness of Siva which is subjective and where only the self exists in a unified state, without a second.

With a few exceptions here and there, all schools of Saivism admit that the essential nature of Siva and jiva are one and the same. However their relationship is viewed differently by different sects. According to Kashmiri Saivism and other monistic sects of Saivism, the relationship between Siva and jiva is not that of a master and servant but of equality and sameness. It is like the relationship between a mirror and the reflection of the objects we see in it. They look different but we cannot separate the reflection from the mirror. Nothing exists outside Siva. All the jivas and the entire creation exist in him like a reflection that cannot be separated from him. There is no difference between Siva and jiva except that the souls are subjected to a state of temporary delusion due to an act of concealment enacted by Siva through his dynamic power. He does it as a play (lila), for his own amusement (ananda). The game ends when the soul, released from its bonds, merges with Siva like a drop of water falling into the ocean.

According to the Siddha Saivism the relationship between Siva and jiva is one of bheda-abheda, different but also not different. It is not of oneness but sameness. Siva and Jiva share the same consciousness. But they are different entities and exist eternally and independently. The Jivas never really merge with Siva but will continue to exist as separate entities even after liberation. Even at the end of creation, the distinction remains. Siva withdraws all the entities into himself, removing the impurity of maya from those that are not yet free from it, and keeps them all in a latent form till the beginning of the next creative cycle.

Followers of Pasupatha Saivism believe that Siva is only the efficient cause of creation but not its material cause. Siva does not create the souls or jiva. They coexist with him as separate entities but share the same consciousness. The soul retains its individuality after liberation and Siva does not exercise any control over it.

The Liberation of Jiva

Liberation of individual soul happens mainly through the grace of Lord Siva and under the guidance of an enlightened guru. Personal effort and devotional practices are the less effective means on the path. They may set the stage for the soul's spiritual advancement but does not guarantee liberation. Kashmiri Saivism suggests three different sets of practices for liberation. The first one is known as Sambavopaya. In this method liberation is gained through the direct grace or intervention of Sambava or Siva. It is also the highest and most effective of all the means. The second method is known as Saktopaya. In this method liberation is gained through effort or shakti in which an aspirant tries to gain control over the activities of the body, mind and the senses through yoga, concentration and contemplation. Anavopaya is the third and most tedious means. It involves purification of the lower-self or the ego through prayers, devotion, recitation of mantras etc.

According to Vira Saivism, five rules of conduct and eight observances lead to the manifestation of six states in a jiva culminating in its final liberation from the three bonds. The five rules are bhakti (devotion), mahesa (selfless service), prasada (grace), pranalinga (experience of unity), sarana (self-surrender) and aikya (union).The eight observances are:

The Pasupata sect prescribes a strict code of conduct for those who aspire for liberation which include observance of yamas and niyamas, practice of celibacy (brahmacharya), non-injury (ahimsa) and asceticism (tapas). Followers of this sect are advised to practice unusual and eccentric behavior in public to overcome their attachment with their egos and qualify themselves for the next stage of practicing austerities and advanced yogic practices. In the advanced stages aspirants are guided on the path of asceticism through austerities, kundalini yoga and similar esoteric techniques.

The Siva Advaita sect prescribes purification, devotion and meditation as the means to liberation. Liberation would not be possible without attaining such qualities as equanimity of the mind, inner calmness, unwavering faith and non-attachment. Once a jiva is liberated it goes to Siva without ever returning again. It does not become one with Siva but shares his consciousness and state of being as a distinct entity.

The Gorakshanatha sect of Saivism inclines towards the monistic view that Siva and Jiva are one in essence and that Siva is the efficient and material cause of all creation. Practices of this sect for the liberation of the soul are kept in secret and known only to few. We know that this sect prescribes the practice of hatha-yoga and kundalini yoga as effective means of attaining samadhi or oneness with Siva in the physical body. In the state of samadhi the individual ego disappears, all mental processes come to a halt and the jiva transcends duality. Once an aspirant achieves this state, he remains firmly fixed in the transcendental state even while performing mundane tasks and is freed once and for all from all the bonds and attachments.