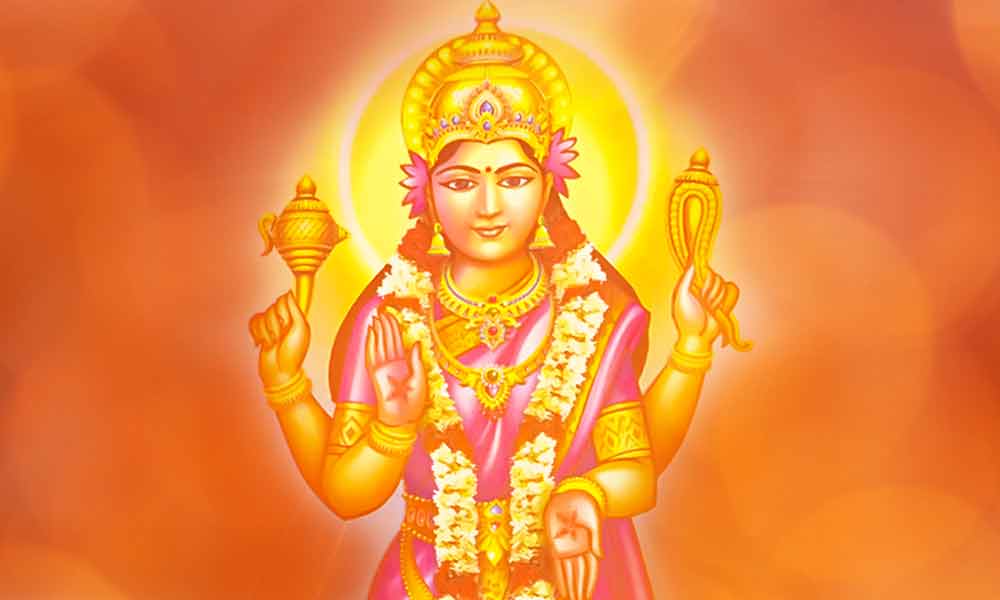 The Shakta exposition appears to be both simple and clear. I can only sketch it roughly -- having no time for its detail. It is first the purest Advaitavada. What then does it say? It starts with the Shruti: "Sarvam Khalvidam Brahma"  (Sarvam = world; Brahman = consciousness or Sacchidananda; therefore this world is itself Consciousness. )

But Shakti has two aspects (Murti), viz., Vidya Shakti or Cit-Shakti, and Avidya Shakti or Maya-Shakti. Both as Shakti (which is the same as Shaktiman) are in themselves conscious. But the difference is that whilst Cit-Shakti is illuminating consciousness, Maya is a Shakti which veils consciousness to itself, and by its wondrous power appears as unconscious. This Maya-Shakti is Consciousness which by its power appears as unconsciousness. This Maya-Shakti is Triguna Shakti, that is, Shakti composed of the three Gunas. This is Kamakala which is the Trigunatmaka vibhuti. These Gunas are therefore at base nothing but Cit-Shakti. There is no necessity for the Mayavadin's Cidabhasa, that is, the reflection of conscious reality on unconscious unreality, as Mayavada says. All is real except, in the sense that some things endure and are therefore truly real: others pass and in that sense only are not real. All is Brahman. The Antaratma in man is the enduring Cit-Shakti. His apparently unconscious vehicles of mind and body are Brahman as Maya-Shakti, that is, consciousness appearing as unconsciousness by virtue of its inscrutable power. Ishvara is thus the name for Brahman as Shakti which is conjoined Cit-Shakti and Maya-Shakti.

The difference between Ishvari and Jiva

The Mother Devi is Ishvara considered in His feminine aspect (Ishvari) as the Mother and Nourisher of the world. The Jiva or individual self is an Amsha or fragment of that great Shakti: the difference being that whilst Ishvara is Mayavin or the controller of Maya, Jiva is subject to Maya. The World-thinker retains His Supreme undual Consciousness even in creation, but His thought, that is the forms created by His thinking are bound by His Maya that is the forms with which they identify themselves until by the power of the Vidya Shakti in them they are liberated. All is truly Sat -- or Brahman. In creation Shiva extends His power, and at Pralaya withdraws it into Himself. In creation, Maya is in itself Consciousness which appears as unconsciousness. Before creation it is as consciousness.

Nature of Creation and the means of liberation

Important practical results follow from the adoption of this view of looking at the world. The latter is the creation of Ishvara. The world is real; being unreal only in the sense that it is a shifting passing thing, whereas Atma as the true Reality endures. Bondage is real, for Bondage is Avidyashakti binding consciousness. Liberation is real for this is the grace of Vidyashakti. Men are each Centers of Power, and if they would achieve success must, according to this Shastra, realize themselves as such, knowing that it is Devata which thinks and acts in, and as, them and that they are the Devata. Their world enjoyment is His, and liberation is His peaceful nature. The Agamas deal with the development of this Power which is not to be thought of as something without, but as within man's grasp through various forms of Shakti Sadhana. Being in the world and working through the world, the world itself, in the words of the Kularnava Tantra, becomes the seat of liberation (Mokshayate Samsara). The Vira or heroic Sadhaka does not shun the world from fear of it. But he holds it in his grasp and wrests from it its secret. Realizing it at length as Consciousness the world of matter ceases to be an object of desire. Escaping from the unconscious drifting of a humanity which has not yet realized itself, He is the illumined master of himself, whether developing all his powers, or seeking liberation at his will.

The following is an excerpt from Wikipedia on Shakti

Shakti, meaning sacred force, power, or energy, is the Hindu concept or personification of the divine feminine aspect, sometimes referred to as 'The Divine Mother'. Shakti represents the active, dynamic principles of feminine power. In Shaktism, Shakti is worshiped as the Supreme Being. However, in other Hindu traditions of Shaivism and Vaishnavism, Shakti embodies the active feminine energy Prakriti of Purusha, who is Vishnu in Vaishnavism or Shiva in Shaivism. Vishnu's female counterpart is called Lakshmi, with Parvati being the female half of Shiva.

Shaktism regards Devi (lit., "the Goddess") as the Supreme Brahman itself, the "one without a second", with all other forms of divinity, female or male, considered to be merely Her diverse manifestations. In the details of its philosophy and practice, Shaktism resembles Saivism. However, Shaktas (Sanskrit: Śakta, शक्त), practitioners of Shaktism, focus most or all worship on Shakti, as the dynamic feminine aspect of the Supreme Divine. Shiva, the masculine aspect of divinity, is considered solely transcendent, and Shiva's worship is generally relegated to an auxiliary role.

David Kinsley believes that the concept of "Shakti" might have been derived from Lord Indra's consort Sachi (Indrani), meaning power.[6] Indrani is part of a group of seven or eight mother goddesses called the Matrikas (Brahmani, Vaishnavi, Maheshvari, Indrani, Kumari, Varahi and Chamunda and/or Narasimhi), who are considered shaktis of major Hindu gods(Brahma, Vishnu, Shiva, Indra, Skanda, Varaha/Yama and Devi and Narasimha respectively).

The Shakti goddess is also known as Amma (meaning 'mother') in south India, especially in the states of Tamil Nadu,Kerala and Andhra Pradesh. There are many temples devoted to various incarnations of the Shakti goddess in most of the villages in South India. The rural people believe that Shakti is the protector of the village, the punisher of evil people, the curer of diseases, and the one who gives welfare to the village. They celebrate Shakti Jataras with a lot of hue and great interest once a year. Some examples of incarnations are Gangamma, Aarti, Kamakshamma, Kanakadurga, Mahalakshmammma, Meeenakshamma, Poleramma and Perantalamma.