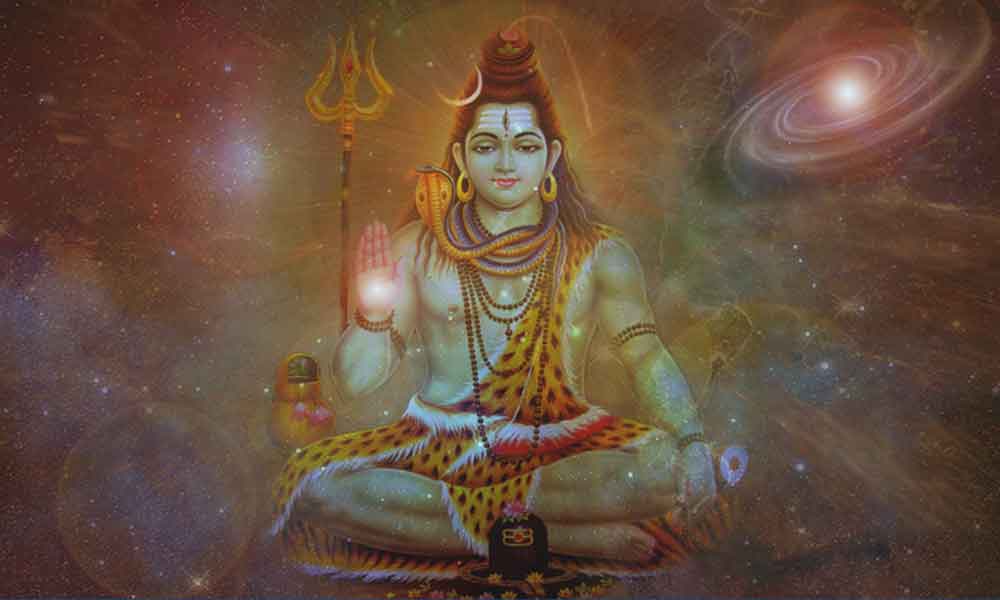 Pradosha means evening, dusk, nightfall or the time when the day is transitioning to night. It also denotes adverse time or the dark periods in our lives when we have problems and difficulties and need divine help. This prayer suggests one should worship Shiva only, not Vishnu, during pradosha times when circumstances are inauspicious or unfavorable. He is the deity, who will rescue us from the darkness of evil, adversity and suffering if we recite this prayer with faith and devotion. Jayaram V

During the time of Pradosha,
The Lord who holds the trident,
Makes Goddess Gowri,
Who is the mother of all the three worlds,
Sit on a golden seat inlaid with precious gems,
And prepares to dance himself,
And all the devas sing his praise at this time.

The goddess of Knowledge plays Veena,
The hundred faced Indra plays the flute,
The Brahma who was born in a lotus keeps time,
The Goddess Lakshmi starts to sing,
The God Vishnu plays the drum with ease,
And all the devas stand all round in service,
And pray Lord Shiva during the time of pradosha.

When the time of Pradosha arrives,
Gandarwas, Yakshas, birds, snakes, saints,
Vidhyadaras, devas, the celestial dancers, Bhoothas,
And all the beings in the three worlds,
Come and stand near The Lord Shiva.

So at the time of Pradosha,
There is need to worship only Shiva,
Instead of Vishnu , Brahma and others,
For the proper worship of Lord Shiva then,
Would give the effect of worshipping all gods.

Let us be protected by that dancing Shiva,
Who uses the various sounds of the shaking drum,
To call all those people drowned in the fearful life,
Who indicates protection to them using his right hand held down,
Who lifts his left leg capable of killing all sorrows,
To those who fall at his feet,
Who indicates the path of salvation by his left hand held up,
And who shows that all this is true by carrying fire in the other left hand,

I tell the truth,
I tell what is good for the other world,
I tell the views of the Upanishads,
For every insignificant animal that is born,
The only meaningful thing is the service to God.

He who during the time of Pradosha, worships Lord Shiva,
With full concentration using lotus flowers,
Would forever along with his children, wife and friends,
Get all wealth and all luck in a very large measure.