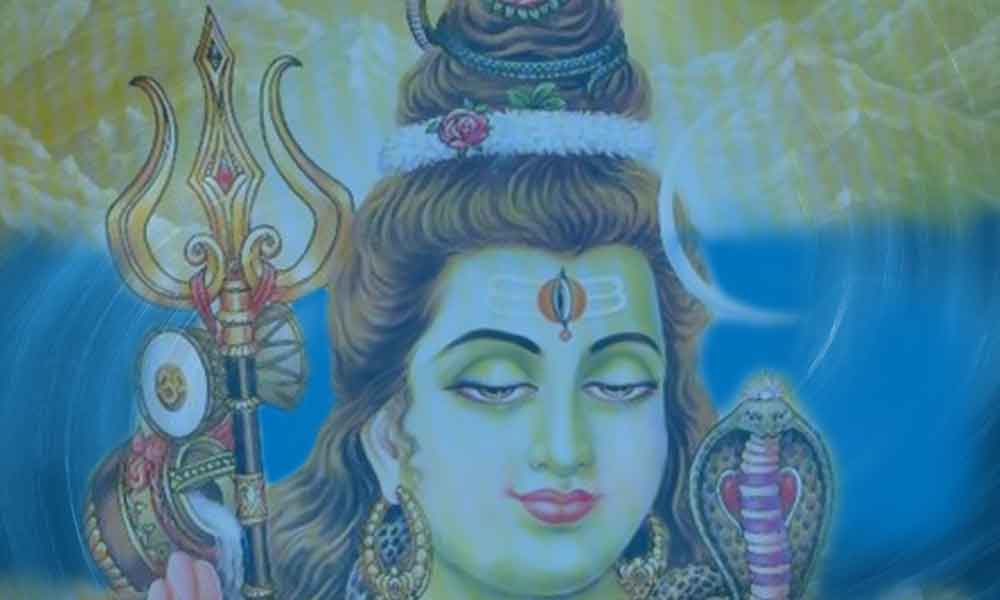 Samkarashtakam is a devotional prayer by Brahmanda which extols the auspicious features of Lord Shiva. Those who recite it said to enter the state of Shiva (shivapadam) or nearness to him. Editor

I salute him, who carries a matted lock,
Who wears the garland of serpents,
Who is the destroyer of every thing,
Who lives on mount Kailasa,
And who is the other shore of the ocean of life.

I salute him whose forehead,
Is decorated by the crescent,
Who wears the serpent on his neck,
Who looks after the three worlds,
Who wears human skulls as garland,
Who is death to the god of death,
And who is very handsome.

I salute him who killed the god of love,
By the fire of his eyes,
Who enjoys playing with his own self,
Who has Parvathi on his left side,
Who stops sorrows of the world,
Who has a black neck,
And who is the primeval cause.

I salute him who killed the Asuras,
Living in the three cities,
Who is the consort of Parvathi,
Who is always peaceful,
Who killed the god of death playfully,
And who is the light of insight of all beings.

I salute him whose hair,
Is made wet by the holy river,
Who is lord of all the devas,
Who lives in the temple called mind,
Who makes one free from all troubles,
And who is the storehouse of all desirable wealth.

I salute him who holds the Pinaka bow,
Whose foes do not have an old age,
Who is the storehouse of all good actions,
Who grants salvation to the oppressed,
And who is saluted by every one in deva loka.

I salute him whose body is coated with ash,
Who is beyond the methods of magic,
Who does not have any danger,
And Who is by served by the best of the people,
Both in the mornings and evenings daily.

He who reads this octet,
Composed by Brahmananda, daily,
With concentrated mind,
Would attain nearness to Shiva.