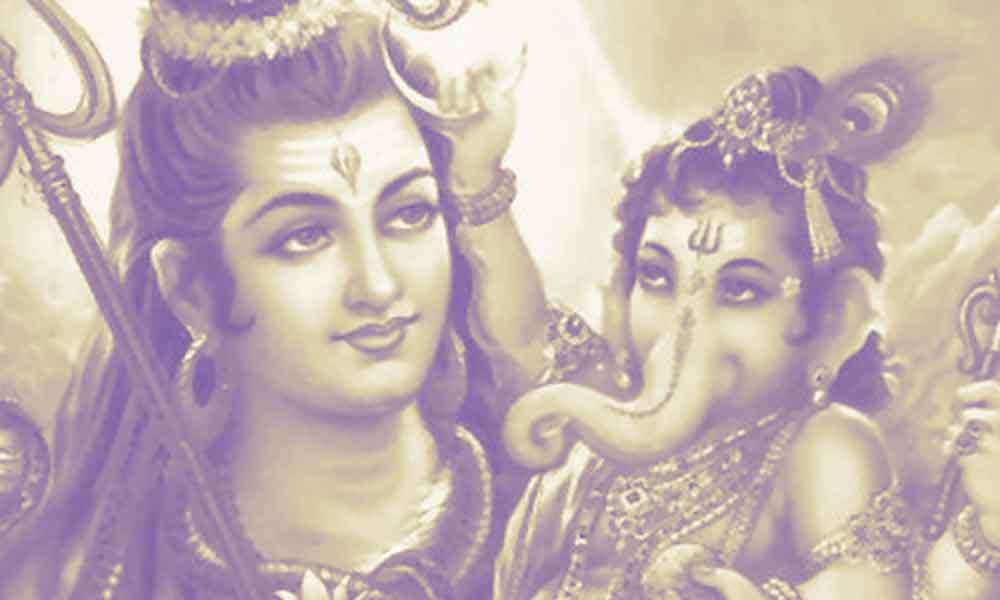 The rise of Ganapatya sect was a significant departure from the traditional Saivism and it coincided with the rise of tantric form of worship in ancient India some time during the post Gupta period. Followers of Ganesha began worshipping him as the ultimate and absolute God, there by giving shape to a new cult that went by the name Ganapatya cult.

The basic concepts of this sect can be found in the Ganapathi Upanishad where Lord Ganesha is extolled as creator, preserver and destroyer and as Brahman himself. Another development of this sect was the association of the deity with shakti. Ganesha was originally a bachelor god. But with the rise of shaktism he was associated with two goddesses and began to be referred as shakti ganapathi. Followers of Ganapatya sect recognize five esoteric forms of Ganapathi based on the dominant powers manifested in him. They are Ucchishta Ganapathi, Maha Ganapati, Urdhva Ganapathi, Pingala Ganapathi and Lakshmi Ganapathi.

Though not very popular like other sects, the Ganapatya sect has a long history of over a thousand years and a significant body of literature where we can find the basic beliefs, traditions and concepts of the sect. Within the sect there was a lot of diversity as its followers differed in respect of which aspect of Ganesha to be worshipped as the principal deity and how to worship him. This resulted in the formation several sub sects. The Sankaradigvijaya of Anandagiri mentions six different sub groups within Ganapatya sect. These groups accepted Ganesha as Brahman, the ultimate reality, but differed in details. The first group worshipped Maha Ganapathi as the ultimate reality, the creator of all gods and the supreme self, who was red in color, was mighty with ten arms and had his shakti always by his side. The second group worshipped Haridra Ganapathi who was yellow in color, possessed a third eye and had four arms. They regarded Ganesha as the leader of all gods and wore an emblematic diagram of his head with a broken tusk on their arms as a mark of identity and devotion. The third group worshipped Ganesha as Ucchistha Ganapathi who had four arms and was associated with a shakti. They wore a red mark on their foreheads and followed left handed tantrik (vamachara) practice of using the five elements (pancha tattvas) in their worship of Ganesha. Members of this group disregarded caste restrictions while admitting new members into their group. The other three groups worshipped Navanita Ganapathi of soft nature, Svarna Ganapathi of golden form and Santa Ganapathi of peaceful form. They followed the right handed (vedamarga) methods of worship and accepted Ganesha as the supreme lord and creator of all.

Whatever may be the form of Ganesha, followers of Ganapatya cult were unanimous in their acceptance of Ganesha as the ultimate lord and creator of all. We can find their main beliefs in some of the ancient texts extolling Ganesha as the highest god. For instance the Sarada Tilaka describe him as a primeval god whom even the Vedas could not attain, who was a playful incarnation of Siva with eight forms (earth, water, fire, air, ether, sun, moon and ahmakara) and who, seated in the heart as Purusha himself, was a great dispeller of the darkness of ignorance.

No attempt has been made so far to organize these two sub-puranas into an authoritative work and with several editions of the same texts in circulation, scholars are not sure which one of them is authoritative and reliable. The Ganesha gita is a modified version of the Bhagavad gita in which Ganesha in his incarnation of Gajanana gives a long discourse to king Varenya. It is similar in many respects with the discourse given by Lord Krishna in the Bhagavad-Gita. The Ganesha Purana contains some important prayers which are recited in the worship of Ganesha in the temples and at homes. It also details his four incarnations which are described below:

The Mudgalapurana is believed to be subsequent to the Ganeshapurana. Scholars differ with regard to its date and content as many editions of this Purana also are available with no consensus opinion among the scholars as to their content or authenticity. The purana describes eight incarnations of Ganesha instead of the four incarnations mentioned in the Ganeshapurana. These incarnations are listed below:

Although Ganesha is one of the most popular gods of Hinduism, the Ganapatya sect is currently not very popular. Very few Hindus actually know that there is a sect that goes by this name and that its followers worship Ganesha exclusively as the ultimate and highest reality. Followers of Ganapatya sects can still be found in parts of Maharashtra, Andhrapradesh and Karnataka and we can still hear stories of gurus and seekers receiving a personal visitation from Ganesha in a real physical form. However a majority of the devotees of Ganesha belong to the mainstream Hinduism who consider him to be the elder son of Siva and leader of gods and worship him as such. The idol of Ganesha is found in all temples whether they belong to the main stream Hinduism or any of the sects within Hinduism for Ganesha is the leader of the gods and loved by Hindus of all ages and backgrounds .